We’re thrilled to announce that Let’s Go 4th edition has been adopted for use in all 37 public elementary schools in Ōtsu City, in Shiga Prefecture, Japan. With support from Oxford University Press trainers, class started in five schools this past September, and will extend city-wide in April 2016. We’re excited to see great things coming from this project, the first city-wide adoption in Japan that we’re aware of.

You can read more about the project in this press release, from Oxford University Press. 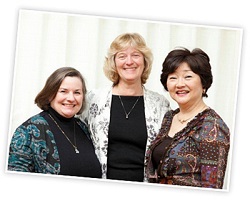